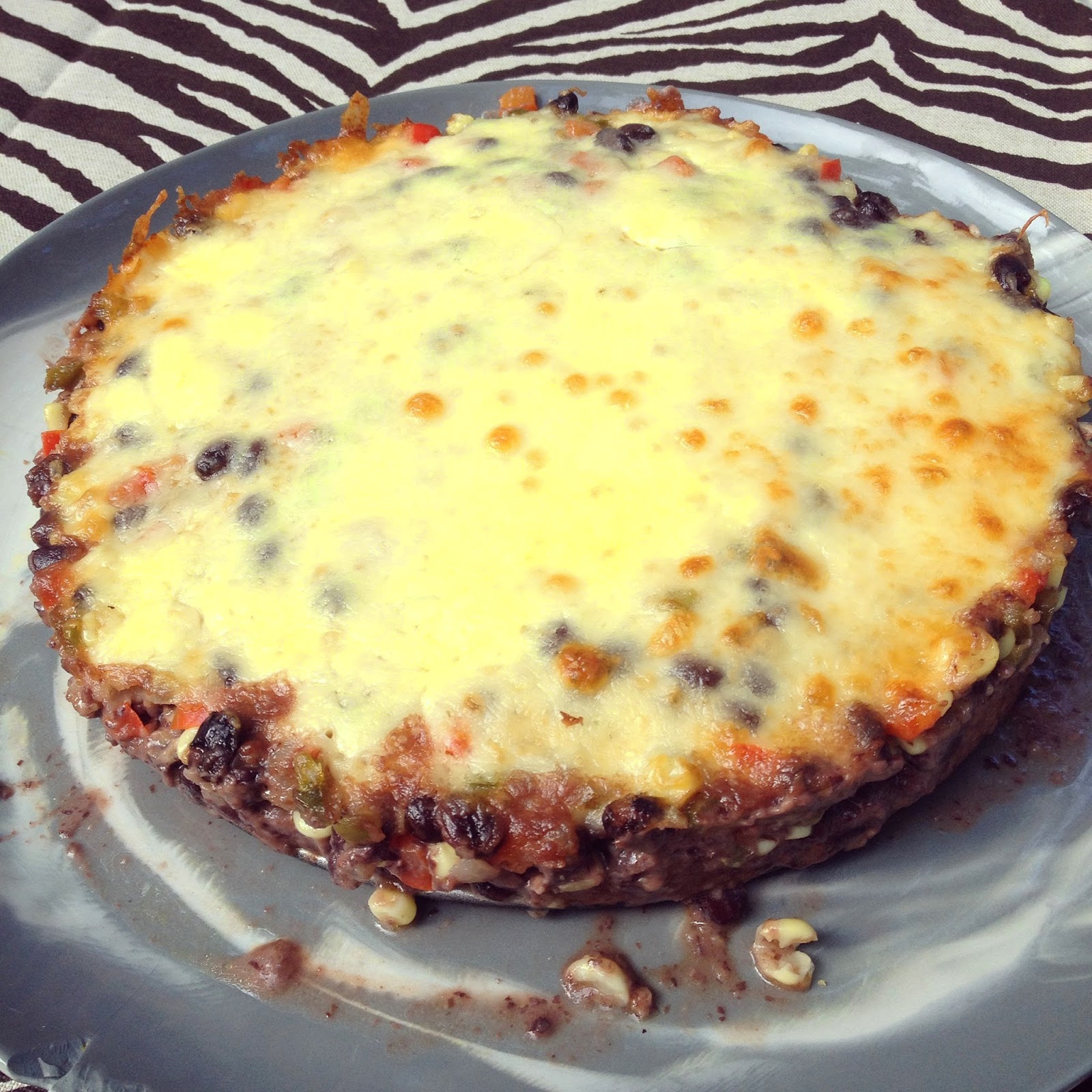 As far as Meatless Monday meals go this was by far one of our favorites.  Even Matt remarked how much flavor it had for a meatless meal.  He even ate seconds- this is unheard of on Meatless Mondays.  My mom’s friend Jane passed along this recipe along with several other Mexican ones- she knows us well we love our Mexican Food.   This one was highly recommended and it did not disappoint.  It does involve several steps, but most of the prep work for this can be done early to save time at dinner time.  You can make the cornbread crust ahead of time, the black bean spread, and have all the veggies sauteed.  Then all you have to do is layer and bake.   It saves well in the fridge too, we ate it as leftovers and it was just as good.  If you can use fresh corn instead of frozen it is so much better!

side note- this recipe called for tart pan which I don’t own so I used my Springform pan and it worked just fine- you just need a pan where the sides come off. 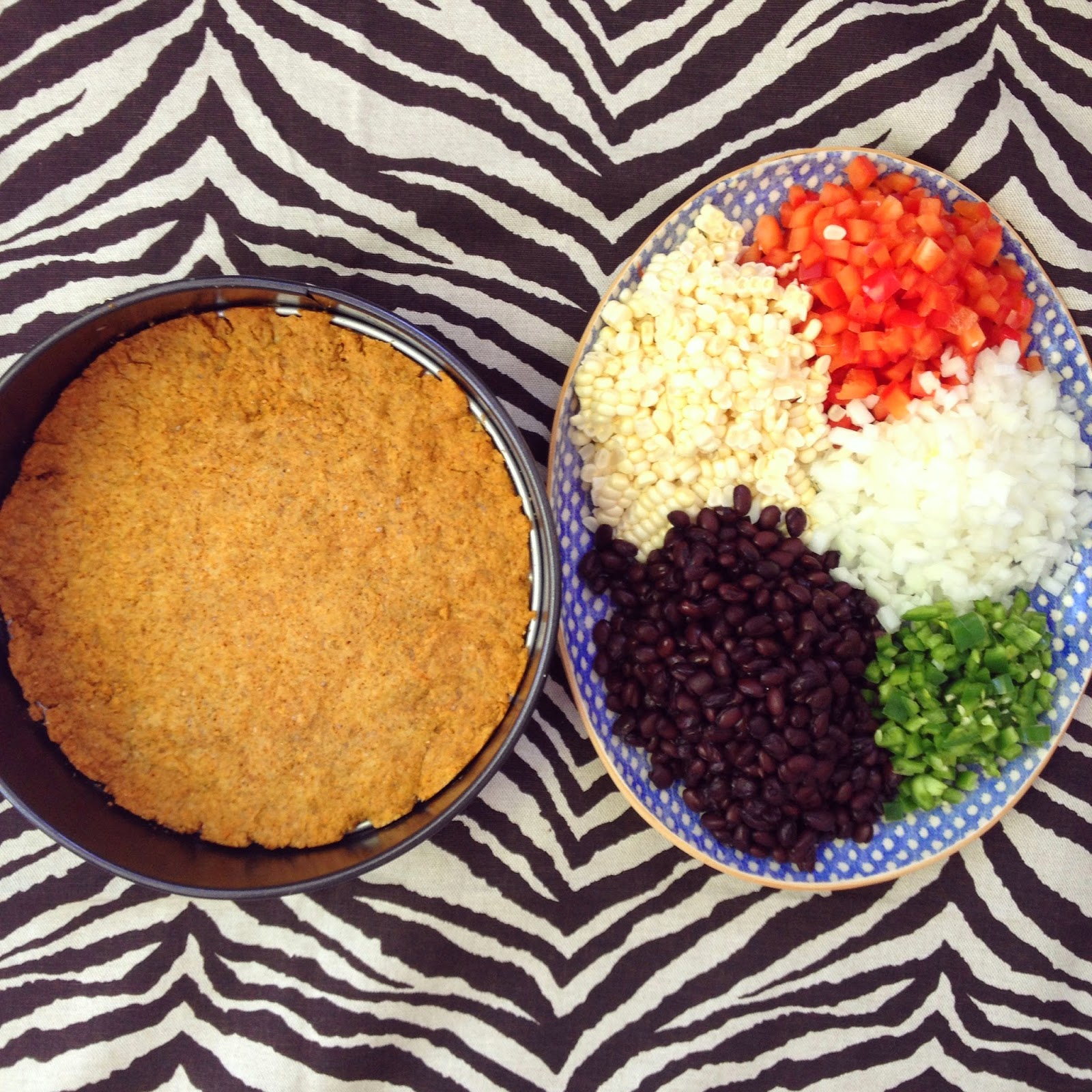