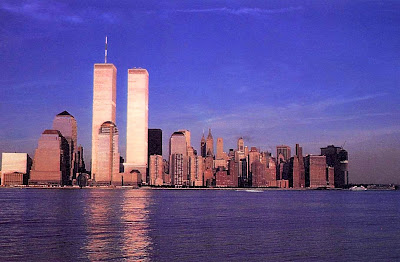 Today I am taking time to remember all those affected by 9/11. I can’t believe 10 years has passed since this tragic event occurred. I remember I was in college at UNC-Chapel Hill, getting ready for class watching Good Morning America when they interrupted with the first plane crash, then while reporting that plane crash, the second plane crashed. I was shocked and terrified. I remember calling my mom who had no idea it had happened and just being scared, wishing I was near my family. My heart broke and went out to all those who had to die that fateful day.

This week I was reading People and it had an article on the kids of 9/11 who were born after their dads died the crash. They are all 10 years old now and never even got to meet their dads. Tears streamed down my face as I read that because now that I am a Mother those stories hit me even harder. My heart ached for the wives who lost their husbands and had to deliver those babies alone and for the children who would never met their brave fathers. But these kids persevered and have so much strength and faith and that makes me so proud.

Today I want to remember those who died, the firefighters and NYPD that helped and anyone else affected by this tragedy. I am not going to lie I am still scared another attack might happen but I think our nation came together and is much stronger because of this. Hopefully we will never have an attack of that magnitude again. We stand united and proud to be Americans. Recent Buys I am Loving